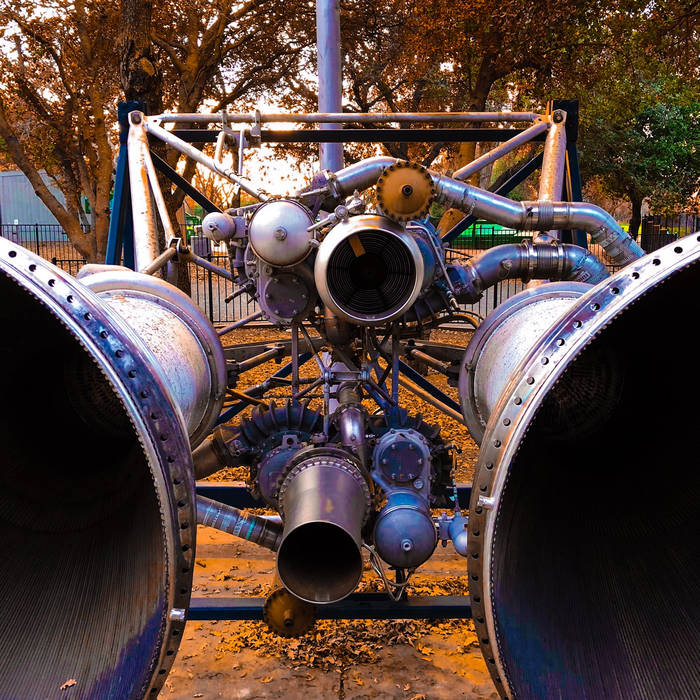 morecowbell17 Really diverse and trippy album as a whole, but if I have to pick a single highlight it's Pan American. Very unique with particularly killer guitar work! Favorite track: Pan American.

Founder/guitarist/vocalist of the 90's neo-psychedelic rockers, Tadpoles, Todd Parker, returns with his 4th studio solo album and first since 2013.

INSTAGRAM - DANZOG (DECEMBER 2018)
danzog -Many of you will know Todd Parker’s name from his previous band, The Tadpoles, New Jersey psych-gazers who put out some blinding music throughout the nineties. (Look for ‘Use with headphones late at night.’) Todd’s latest project is this: Todd Parker and The Witches. This is their recent offering, a rip-stonker of an album, called ‘Futuretripper’. There are a range of styles included here, and I’m discovering hidden gems every time it gets a spin. Try track 3, ‘Sleeper’: layer upon layer of sweeping acoustic guitars with a lovely alt.country/Americana flavour, - all against a relentless backdrop of Spacemen3-style repeater... a song of sadness, yet somehow possessing a feeling of joy and optimism. Play track 9, ‘Careful what you wish’. This sounds like late Roger Waters era Pink Floyd. And if this song was on side two of ‘The Wall’, it would be one of my favourites on that monumental album.
This album is confirmation that three decades later, this guy has still got what it takes. That well of ideas is just as full as it ever was.
Todd Parker and The Witches - ‘Futuretripper’.

Latest album from Todd Parker of Tadpoles' current project. Pareidolia is a laid back and flowing psychedelic piece with an ethereal swirling nature that hints at shoegaze. Futuretripper is hazy psych-rock shot through with a funky groove. Sleeper combines elements of American folk with heady echoey effects. Pan American juxtaposes vocal samples about relaxation and healing with heavy-hitting psych-rock. No-one Needs to Own the Light combines classic psych-rock with inventive use of vocoder. Ziggy is a brief instrumental interlude in which sparse classical guitar intertwines with swirling atmospheric ambience. Careful What You Wish brings together raw DIY Americana with shimmering dreampop-esque atmospherics. Emeryville has a more electronic emphasis, built around synths, samples and heavy beats, but completely avoids sounding like an out of place dance track, remaining instead just as psychedelic as everything else here. An inventive album that's eclectic yet cohesive and has much to appeal to fans of vintage and more modern interpretations of psychedelia.

Todd Parker was the guitarist and singer of the outstanding psychedelic rock band Tadpoles, which acted mainly in the 90s. He used to send me the releases of Tadpoles, and indeed, in the tape Cosmic Monkeys released together with the 6th issue of gew-gaw (1998) there was Sense from their fourth album, Smoke Ghost. After the breakup of the band Parker began to record his own material and he has a very large collection of songs, most of which are in digital form. Futuretripper contains 11 new songs dominated by psychedelic rock sound, as was the case with Tadpoles. The most acid pan american, the electric ballad sleeper, as well as the slipping into thee mirror, ziggy, careful what you wish and the title track futuretripper are some excellent examples of our American friend.
Enjoy!

FUTURETRIPPER
Dear Sir 'Pole and Jimmy... I went flying with the witches and what a treat it was. I cruised through the country yesterday soaking in your latest master-mistress piece. I'm super digging that first tune with the opening of nature birds, grooving bass and live drums, Adam Boyette style! He sounded very similar in his playing style.
It was reminiscent of U2 in their better early years, in my book.
Count the Stars and Be Careful What you Ask For are great and very Roger Waters-like, and I love that! Nice acoustics, Ukulele and what sounded like classical guitar in parts. Pan American gave me wood and reduced my stress, while Emeryville gave me stitches from laughing about insanity! Overall, I dug the variety, your more present vocals, introspective sentiments, the bass grooves, variety of instrumentation and melodies, and sparseness in keeping the listener guessing what's next. I found myself adding, imagining or improvising parts or instrument melodies that were not there, which is always a blast for me. Excuse me while I go take another flight with the Witches!
~ The Red Jamie, 8-27-18, WASHiNGTON, DC

FUTURETRIPPER
Well, I finally had the perfect rainy afternoon to listen to the whole album. It's so cool. Every effect is just right - sonic wizardry!
~ R. Martinengo, 9-16-2018 ATLANTA

FUTURETRIPPER
Really love the heavier sound of Pan American and then No One Needs To Own The Light right after is just fantastic with the 60s feel to it.
Finished the album on the way home and really enjoyed it. Has that familiar sound that I enjoy as well as being fresh and different, well done.
~ D. WALLACE, 9-7-18 NEW ZEALAND


Performed by Todd Parker and The Witches
Drums on Pareidolia recorded and performed by Michael Shanahan at Shady Way Studio, Winfield, IL.
Drums on Futuretripper, Pan American, Slipping Into The Mirror and I’m Not Who I Am recorded at Abbey Road Studios, London England

©2018 Bakery Records / Todd Parker and The Witches. All Rights Reserved.