Greetings From The Star Chamber 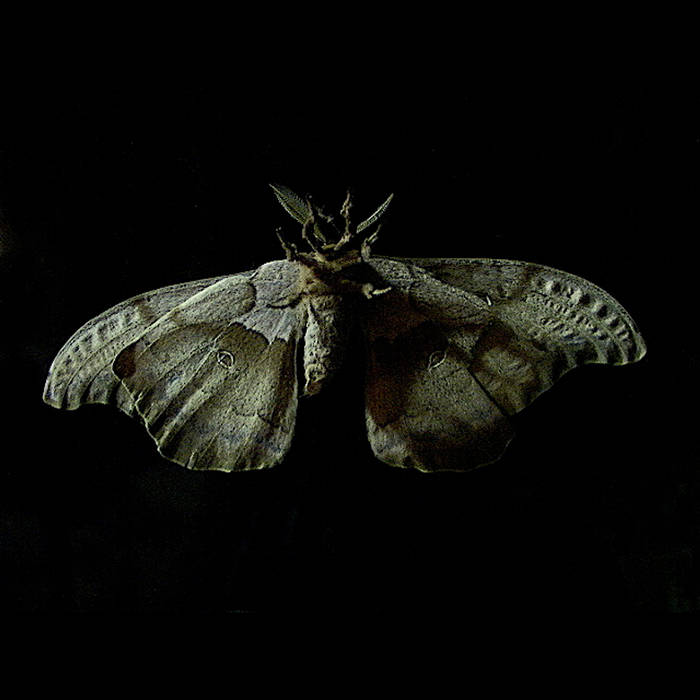 6. Todd Parker & The Witches - Greetings from The Star Chamber (Bakery)
Ex-Tadpoles leader builds on his past but jets us into a dynamic, entrancing future. The guy just knows how to create aural scapes you want to stay in.


From Mr. Atavist, posted on the Trip Inside This House Blog 1-2011 (by Kevin McFadin, host of WRIR, 97.3, Richmond, VA Sunrise Ocean Bender show)

Todd Parker & the Witches :: Greetings from the Star Chamber
I'm an unabashed Tadpoles champion. As much as this was certainly a personal achievement for Parker, it was a personal kick for me. Not Tadpoles 2.0 by any means, GFTSC almost inverts Parker's and 'poles' influences to create a solo platter that extends the 'poles legacy as much as sheds new light on it … all the time being very much a "solo" record. Throw in the supplemental Star Club E.P. and you've got an outing running the gamut from psych-rock to pop to electronica tinged workouts and beyond.


The last our ears heard from Todd Parker was Use With Headphones Late at Night: The Best of Tadpoles 1990-2000, a brief summation of one the most consistent, evolving and involving, runs a band could aim for. Tadpoles spun an intricate, inviting web of sonics that was as strong and identifiable as it was flexible and amorphous. Todd created a knotty, loopy world with Tadpoles that was a self-contained, self-sufficient and fully realized universe for us to visit, and thankfully revisit. Greetings From The Star Chamber {GFTSC} is another universe of his making. The portal is open. Walk in and shake the architect's hand.

GFTSC is not Tadpoles 2.0. Nor is it simply a solo album. {That said, the reappearance of Mike Audino on the drum kit and co-producing, David Max, Josh Bracken, et al, should appease those Tads purists in fear of their reputation being sullied if this misfires. Much of GFTSC, in regards to extending the line of thinking pursued by Tadpoles, is a melding of pre-Smoke Ghost with later career accomplishments.} This is Parker adding another chapter to a book that will never be finished … an ongoing continuum that he already contributed to immensely with Tadpoles, ensuring that if he didn't say anything else after Tadpoles went into a holding pattern, he had already said quite a lot.

That raises the question, 'Does he have anything to say now?'

And 'What book are you rambling on about? I thought we were talking sound …'

I'm talking about the bigger picture, baby. Can you dig? I'm talking about your rock 'n roll as nourishment. More importantly I'm talking about his music, his art, being part of something far more expansive and far-reaching than an end product or tallies on a spreadsheet. Tadpoles never reached the level of popularity regarded by many as a benchmark of success. And in it's own way, that's tragic: tragic for those who never stepped inside that universe. Would Tadpoles have kept going on if they had reached a certain pre-ordained cultural pinnacle? I don't know and I don't really care. Was it tragic for Tadpoles? Not at all. Why? Because that's not what they were about. Todd and Co. were, and are, about taking what they obviously love and making it their own while never laying claim to total ownership, and by default, invention. And that right there was one of their secret weapons: it liberated them from an endless cycle of rehashing not only where they might have felt they came from, but themselves.

As I sit and write this, it's hard to expound about Todd Parker and the Witches without talking about Tapdoles. One is part of the other just as the other is part of the one. That's heavy, kids, I know, but for as forward looking and exploratory as Parker and Tadpoles were he never shied away from acknowledging what came before them, what he was a part of. No need to start now. Listen to the kick-off Squigs for proof: those opening strains and washes call to mind to something as familiar as Pink Floyd, a freely admitted influence, but never sounds like something they would have done. The same can be said for Give It To The Elf as it resurrects Gerald Mouse. Go back and put any Tadpoles platter on and you'll hear, you'll feel, Todd making a contribution to a rich and convoluted history … story … that they didn't start, but kept alive in the truest sense. If Parker had concerned himself with making some kind of definitive statement that would have not only been a foolish endeavor worthy of Sisyphus, but would have effectively put him in the position of not having anything left to say. By the time GFTSC comes to a rousing close, it's obvious Todd has plenty left to say. If he didn't, then the cuts and attention to sequencing wouldn't leave you feeling you had just been told a story; a sonic ride that is trippy, humorous {"Ding dong, it's coming on strong' from The Witch is Dead … trust me, it works}, majestic, slithering {Tingler} and, for you action fans, just rocks {Chelsea Roses}. Is it a psychedelic record? A space-rock record? A psych-pop record? Neo-psych? You can call it what you want if that helps you keep track of it. I do know it's a consistently strong record without every feeling workman-like.

With Star Chamber, Todd Parker not only proves that he is a consummate craftsmen at what he does {just listen to his mastery of sprawl on what is essentially the closing track, Disconnect, a worthy successor in every sense to what I narrow-mindely thought was his parting ''definitive statement' Sunrise Ocean Bender from Whirlaway}, 'but he effortlessly achieves the contradictory {again} in a terribly linear world: by not being intimidated to look back, or rather not feeling some misplaced need to distance himself from past successes to gain some kind of relevance, he moves forward … at the same time. Is that a form of cognitive dissonance, those two opposing movements? I don't know, I don't have the chops to figure that one out … nor do I want to. But I do know that that seemingly contradictory logic is exactly the kind of logic that Todd turns into sonic magic. It's not about the direction, it's about the movement. That movement lets Parker sail us over a lot of ground without ever feeling adrift, even in the spacier, loopier excursions.

GFTSC is familiar and unfamiliar; expected and unexpected … and really, we expect nothing less than the unexpected from Todd Parker. Chances are, he expects nothing less than that from himself, and us, too. It would be easy to say, 'Welcome back, Mr. Parker.' But that's sentiment going only in one direction. Parker is welcoming us to the Star Chamber.

Todd Parker’s aural alchemy beguiled Hoboken and NYC audiences throughout the Nineties in The Tadpoles, a band I was lucky enough to see at the first Terrastock music festival back in ’97. Todd disappeared for most of the 00’s but has re-emerged with this new album, a digital-only release that picks up where the Tadpoles left off – somewhere in the murky purple haze of 60’s psychedelia. Part early Velvets, part early Pink Floyd, most of Greetings From The Chamber sinuously unravels at fairly slow tempos, building swirling textures around Parker’s guitar, synths, and lethargic (lysergic?) vocals. “Rodeo Clown Blues ‘66” picks up the tempo for a bit of garage-rock chug, “Tingler” has a menacing, monster-movie feel, and “Give It To The Elf” transports us straight to Oz (or maybe Middle Earth) via magic mushrooms and wah wah. The Tadpoles were always so out of their own time that taking a decade off really doesn’t matter; this album could easily have come out in ’99, and I would have enjoyed its slinky grooves then as much as I do today. While the Tadpoles virtually lived in their own analog studio in a Hoboken warehouse, I’m guessing most of Star Chamber was conjured up digitally (and that’s how it’s being released;) but a psychedelic drone is a drone is a drone, and if you liked the Tadpoles way back when, you’ll be eagerly transported back to the same sonic Never-never-land by Todd and the Witches.

From BLISS/AQUAMARINE (UK) / May 2014
www.blissaquamarine.net/albumreviews28.html
- TODD PARKER AND THE WITCHES Greetings from the Star Chamber and Martians CDRs (Bakery)
Todd Parker was a founder member of the band Tadpoles, who released a string of great psych albums throughout the 90s. His current band, Todd Parker and the Witches, have released two albums, 2010's Greetings from the Star Chamber, and latest album Martians. They are both download only, but Todd was kind enough to send me CDR versions due to my 'no downloads' review policy - thank you Todd! Todd Parker and the Witches' music is best described as modern psych-rock, combining as it does aspects of vintage psychedelia with atmospheric and experimental elements that have much in common with various contemporary alternative genres.
Starting with the first album, Chelsea Roses combines woozy, atmospheric psych-rock with heavy, almost metally, riffage. Neutrazona is an off-kilter piece that brings together bits of folk, psych, electronic beats and experimental sound effects. Rodeo Clown Blues '66 is raw, heavy blues-rock with the inventive addition of horns and spacerockish synths. Tingler is a kind of spacerock meets indie-rock thing, heavy yet atmospheric. Give it to the Elf is surrealistic psych-rock with quirky speeded-up vocal effects and bizarre lyrics that paint a vivid picture of a fantasy world populated by elves, mice, and futuristic machines that go 'zap!' Disconnect is an atmospheric track that combines meandering psychedelia with bits and pieces that nod towards post-rock and ambient. Finally there's the title track, a hypnotically repetitive, floaty, dreamlike soundscape that would fall equally comfortably into the experimental, ambient, or psychedelic categories.
Martians is largely characterised by a kind of chilled-out psych-rock that bridges the gap between the vintage and modern forms of this style. There are spacey sound effects here and there, some nice folky touches in the title track, and some eerie, off-centre things going on in Zero Sum. Uncle Martin's Broadcast is an inventive mix of metally riffage, electronic beats, samples, and disorienting sci-fi noises. Aelita is an ethereal psych-folk track with lots of original musical ideas. Conduit has a big atmospheric sound akin to Spacemen 3 or Loop or any number of bands on the Cheree label in the early 90s. Both albums are eclectic yet coherent, running the whole gamut of the psychedelic genre and even showing a willingness to incorporate influences from outside this area of music.