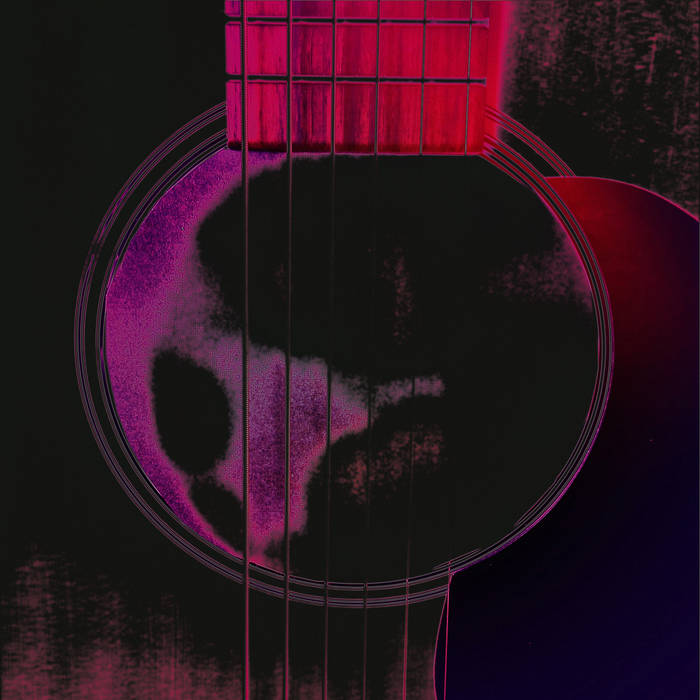 More psychedelic ditties and anthems for the Weird Revolution from the founder/guitarist/vocalist of the 90's space rockers, Tadpoles.

Martians is the third full-length studio album by Todd Parker and The Witches.

“Martians” is the third full-length album by Todd Parker (AND THE WITCHES) after his return to producing music in 2010. I’m very pleased to hear that the level of Parker’s song-writing is as high as in the TADPOLES years! All songs are splendid, but “Helium Breeze” and “Martians” have their own special attraction. If you enjoy alternative pop-rock music with psychedelic edge, this work is for you!

In 2010, after ten years of seclusion, returned to the sage another "underground 90's rock hero", Todd Parker, founder, main songwriter, lead singer and guitarist of psychedelic rock band from New Jersey, TADPOLES (1990-2000), which had a mid-90's unprecedented success for an an unsigned band. In February, 2000, TADPOLES played their last show: Todd Parker retired to rest, saying he was tired of showbiz and music in general (by the way, a few Tadpoles albums available in mail-warrant RAIG). Ten years later, a hefty period, he turned with his solo album "Greetings From The Star Chamber" (2010), released under the name TODD PARKER AND THE WITCHES, which did not go unnoticed in the press, however much excitement was not caused. This release was followed by several Eps and a second album "Evil Bliss" (2012) (a remake of a 1989 unreleased Tadpoles demo tape). In June 2013, Todd Parker released his third full length solo album "Martians". By the way, contrary to the postscript "The Witches"in the band name, Parker played all the instruments himself. In artistic and stylistic terms, the "alternative pop" songs quite strongly echo the "psychedelic" songs of artists in the 90's. Among the songs, there are 2 that should be radio hits..."Helium Breeze" and the titular track, "Martians." Overall, a very enjoyable album, made at a high level of songwriting.

Todd Parker and the Witches step out of the star chamber, and bring greetings from the red planet on Martians. Martians extends Parker’s hand even more from his ‘return’ on Greetings from The Star Chamber, using its launch pad while still building on his legacy with Tadpoles. It’s a darker album, embracing some ominous tones, but also tipping his hat to a love of pop, of all kinds, both aspects made evident on the admitted Cure-ish Zero Sum. A brooding outing, Zero Sum finds kinship with other moody cuts like the closer, Conduit. Wrapping arms around some throbbing, repetitive drone, Conduit is deeply tied to Parker’s often big closing statements; Sunrise Ocean Bender from Tadpoles’ swan-song release Whirlaway, the indirect reconnection of Disconnect from Star Chamber. At the same time, it’s a definite new tangent, revealing more detail with each pass. Martians is far from a full-scale downer invasion though. Cuidado, Helium Breeze…cuts rooted in psych pop, but with a stronger loyalty to ‘song’ that frees them from being confined to a strict genre add more waves to the transmissions. In between, tracks like the outstanding Malacandra and the exotic Nakhla meld both sides into a pliant and elastic ensemble. As good as Star Chamber is—as a loose homecoming and album on its own—Martians feels more realized, more conceptually whole though there is none…sort of….That in turn makes Martians come across as more personal. Due partly to Parker approaching Martians as a coven of one as much as being a more current and vital application of where he is now, and how he got here…and there. The production is bubbly thick while paying respect to the space inside the spheres as well as in between them. Rich bass pops and bounces, animating Martians’ dynamics, especially grabbing your attention from the get-go on Malacandra. The bobbing and nodding also points the head to a New Order vibe, a band and, more tellingly, a time that had a big impact on Parker, even when buried under the psych fuzz of Tadpoles. Those kind of vapor trails and trace elements bind with where Parker’s head space is now lending Martians a sheen that’s not tied to one time, but still sounds of the now; familiar and fresh without being transient. If Star Chamber was Parker getting ‘back into the spaceship,’ Martians is the sound of the cap’n enjoying the flight without the weight of destination’s payload. Go ahead, stretch the legs inside that tin can.

TRIP INSIDE THIS HOUSE - VALIS PICK OF THE WEEK, JUNE 19, 2013
Hail Voyagers! Only fitting an album due for official release on the High Holy Day, Summer Solstice, should be chosen as the Pick of the Week: Todd Parker and the Witches!
As noted elsewhere, this new album, titled Martians, is mainly a solo excursion by Todd yet no less for the lone voyager creation. Free to do as he heard in his mind's eye and the power to bring these to full light we're all able to enjoy this trip to the Red Planet.
The album itself incorporates more of the melodic patterns and motifs oft-associated with the East, moreso than previously heard -imho. Drone and repetition are used to full advantage and the drums really stand out in the final mix. The bottom line: it's as good as I expect from a veteran psychedelic technician of the first rank. Summer's nearly here and Todd's providing the soundtrack!

THE RED JAMIE REVIEWS/May 2013
....this makes my ear goo bubble to the beat!
Awesome! Makes me want to drip.....
This one makes me want to whistle to my cobra....This is super trippy! Makes me want to slap on my Simmons demon boots and stomp gingerly on the wreckage... If I was stoned and watched this I don't know if I would have made it out alive or dead!.. I'm groovin' around in my hip waders nude right now...Makes me want to put on my put on my rabbit pajamas and organize my Fruit Loops!..Well done! I'm diggin' Naklah too!


P.ROTH/May 2013
Todd that was some EXCELLENT ear candy. I loved that style of alternative pseudo-psychedelic computerized sound!!! Definitely extraterrestrial Martian and that distinctive style that is your own.

From BLISS/AQUAMARINE (UK) / May 2014
www.blissaquamarine.net/albumreviews28.html
- TODD PARKER AND THE WITCHES Greetings from the Star Chamber and Martians CDRs (Bakery)
Todd Parker was a founder member of the band Tadpoles, who released a string of great psych albums throughout the 90s. His current band, Todd Parker and the Witches, have released two albums, 2010's Greetings from the Star Chamber, and latest album Martians. They are both download only, but Todd was kind enough to send me CDR versions due to my 'no downloads' review policy - thank you Todd! Todd Parker and the Witches' music is best described as modern psych-rock, combining as it does aspects of vintage psychedelia with atmospheric and experimental elements that have much in common with various contemporary alternative genres.
Starting with the first album, Chelsea Roses combines woozy, atmospheric psych-rock with heavy, almost metally, riffage. Neutrazona is an off-kilter piece that brings together bits of folk, psych, electronic beats and experimental sound effects. Rodeo Clown Blues '66 is raw, heavy blues-rock with the inventive addition of horns and spacerockish synths. Tingler is a kind of spacerock meets indie-rock thing, heavy yet atmospheric. Give it to the Elf is surrealistic psych-rock with quirky speeded-up vocal effects and bizarre lyrics that paint a vivid picture of a fantasy world populated by elves, mice, and futuristic machines that go 'zap!' Disconnect is an atmospheric track that combines meandering psychedelia with bits and pieces that nod towards post-rock and ambient. Finally there's the title track, a hypnotically repetitive, floaty, dreamlike soundscape that would fall equally comfortably into the experimental, ambient, or psychedelic categories.
Martians is largely characterised by a kind of chilled-out psych-rock that bridges the gap between the vintage and modern forms of this style. There are spacey sound effects here and there, some nice folky touches in the title track, and some eerie, off-centre things going on in Zero Sum. Uncle Martin's Broadcast is an inventive mix of metally riffage, electronic beats, samples, and disorienting sci-fi noises. Aelita is an ethereal psych-folk track with lots of original musical ideas. Conduit has a big atmospheric sound akin to Spacemen 3 or Loop or any number of bands on the Cheree label in the early 90s. Both albums are eclectic yet coherent, running the whole gamut of the psychedelic genre and even showing a willingness to incorporate influences from outside this area of music.